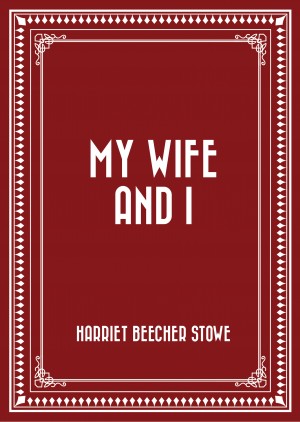 My Wife and I

In 1852, the United States of America was anything but united. The divisive issue of slavery was roiling the nation, which argued ad nauseam about the extension of slavery in new states as the nation pushed westward. Less than a decade later, Americans would fight each other in a Civil War that would claim over half a million lives before it was all said and done.
That same year, Harriet Beecher Stowe, an ardent abolitionist in the Northeast, published her famous anti-slavery novel Uncle Tom’s Cabin, which became an instant hit in the United States and spawned Southern responses in literature that depicted slavery as a benign institution. Given the debate that Uncle Tom’s Cabin helped spawn, historians have viewed Stowe’s classic as a harbinger of the Civil War itself. A famous anecdote holds that Abraham Lincoln himself, upon meeting Stowe, described her as "the little woman who wrote the book that started this great war."
While that quote is likely apocryphal, the historical importance of Uncle Tom’s Cabin remains well understood today, but the book is also remembered today for certain depictions and stereotypes of black people. These stereotypes include the affable “mammy,” the "pickaninny" stereotype of black children; and, of course, an “Uncle Tom”, which has ironically become a pejorative for a person who suffers dutifully for his boss.