The Activist, or the Snake's Chuckle: A fantasy collection by Timothy L. Cerepaka 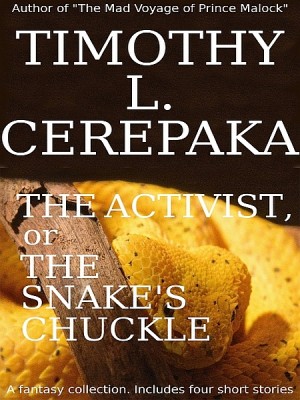 In "The Activist, or the Snake's Chuckle," the first and longest story of this fantastic collection, Koromo Samver, leader of the spiritual/social movement known as the World Activists, receives a letter from her old mentor, Mother Dimina, summoning her back to the Mountain Monastery, which she answers it without believing much will come of it.

As it turns out, the Mountain Monastery is under attack by Lord Skamva and his Trinity, a group of demons thought to have been banished three hundred years ago. Even worse, a terrible skin disease--one which drives the infected insane and often leads to suicide--has spread throughout the Order of the Monks, infecting almost all of the Monks, including Mother Dimina herself.

And when Koromo herself comes down with the disease, she must race against time to find the cure for the disease and stop the demons before they succeed in destroying the Monastery. Because if she fails to stop the demons, then not only will the Order fall, but the rest of the World as well.

In the second story, "The Creator's Dilemma," the being called Listener must help his master, the engimatic deity known as the Creator, decide the fate of a woman's life. When the Creator confesses his love for the woman, however, Listener realizes the situation is far more complicated than it first seemed.

The third story, "The Most Beautiful Island in the World," features Igici, the King of the Island of Niji, as he works tirelessly to save his people. But after one too many failed schemes on Igici's part, his friend Gikil is no longer sure she wants to support him.

In the fourth tale, "Not Malicious. Jusy Unlucky," Alica Onok finds herself alone with the strangest toy fox terrier she has ever met. He claims to be an unlucky spirit named Ginor, but can Alica trust him? And just where did he come from, anyway?

And finally, the collection concludes with the fifth and final story, "The Gift of Valgink." In this tale, the human slave Desdar and his elvish mistress Kencha aretrapped by a tribe of smoke wolves, who claim that Kencha stole their most precious treasure. Will Desdar and Kencha escape alive or are they destined to be little more than fresh meat for the wolves?

The Activist, or the Snake's Chuckle: A fantasy collection
Timothy L. Cerepaka 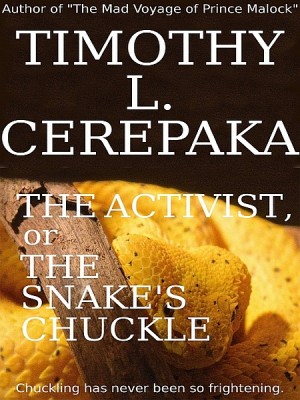 The Activist, or the Snake's Chuckle
Timothy L. Cerepaka 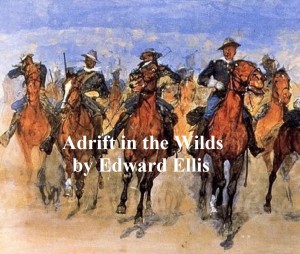 Adrift in the Wilds, Or the Adventures of Two Shipwrecked Boys
Edward Ellis 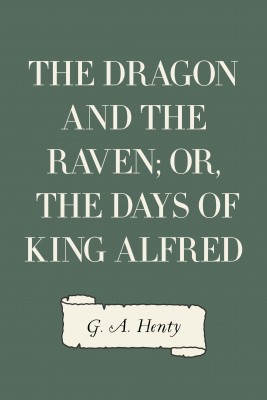 The Dragon and the Raven; Or, The Days of King Alfred
G. A. Henty 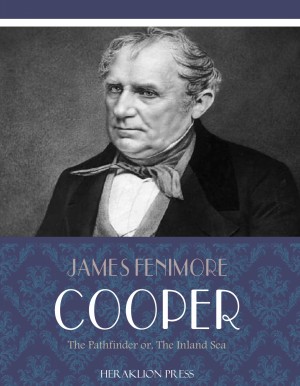 The Pathfinder or, The Inland Sea
James Fenimore Cooper